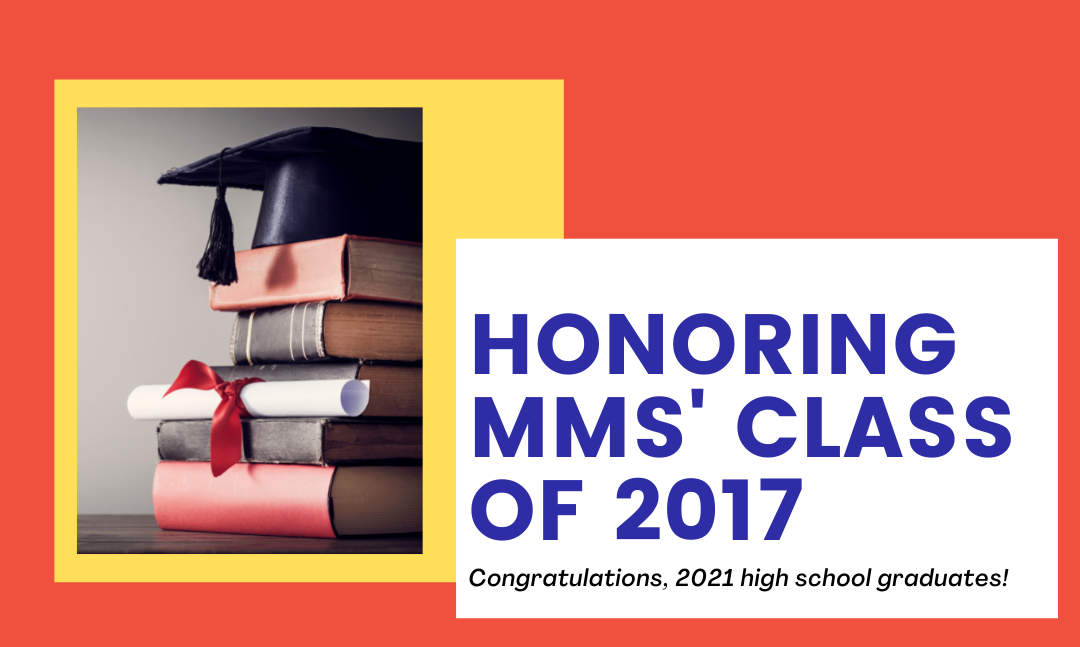 Dr. Maria Montessori identified the age of adolescence as a period of great transformation, both physically and mentally. Dr. Montessori’s motto for this stage is “help me to think for myself,” which requires time for solitude, personal reflection and dialogue with peers and teachers.

While this time is generally a transformative time for all children, it’s particularly so at MMS as the middle school class prepares to leave our nest of a little yellow schoolhouse and take flight into high school. We’re so thankful for the time we get to spend with our students, but it’s always bittersweet each spring to say goodbye to students we’ve grown so close to.

As the school year draws to a close, we wanted to take this time to highlight the MMS graduating class of 2017 as they graduate high school and embark on their next adventures. Keep reading to learn more about our students and their accomplishments!

Ferris Andrews graduated as valedictorian from Warren Central High School as a High Honors with Distinction graduate. Ferris was a member of the National Honor Society and Mu Alpha Theta and received the Senior Valkyrie Art Director Award and Mississippi Scholar Award. Additionally, she founded Teens United, which is affiliated with United Way of Vicksburg.

Ferris will attend Rhodes College in the fall. She received the Ralph C. Hon Scholarship.

Paul Campbell graduated from Christian Brothers High School. Paul was active in the student ambassador program and attended the model UN program for three years. Additionally, he played lacrosse for two years and co-hosted 50 episodes of The Dad and I podcast, which was nominated for the Memphis Flyer’s Best of Memphis awards.

Paul will attend the University of Tennessee and will major in pre-law.

Dantz DeHart graduated from Central High School. Dantz participated in the Central High College Preparatory Optional Program and served on the student council as a freshman and sophomore. Additionally, he was a member of the basketball team until he discovered his passion for the culinary arts and began working in several Midtown restaurants, including his current place of employment at Alchemy.

Dantz will attend the University of Memphis.

Nic will attend Georgia Tech as a Zell Miller Scholarship recipient and major in mechanical engineering.

Milla Meimann graduated from White Station High School. Milla was active in plays and musicals and even starred as Macbeth in her school’s rendition of the Shakespearean play. Milla was a member of the Thespian Society and recently directed a senior one-act play.

Milla will attend Bard College and plans to major in theater.

In addition to her academic achievements, Madison volunteered with the preadmission team at Methodist University Hospital and the law office at Regional One Health.

Madison will attend George Washington University and major in biology with plans to go to medical school.