“I like the River Series because it’s a way to see local bands that normally play late-night and indoors (sometimes in smoky venues) before your bedtime and you can enjoy some lovely weather.” – ILOVEMEMPHIS BLOG

GREG CARTWRIGHT’S WHELK STALL
Debut of new project from Greg Cartwright (Reigning Sound, The Oblivians), who for years now has shown the ability to conjure up the best of 50s and 60s rock and roll, soul, blues and country music and reapply them in his own work in a way that feels both familiar and still completely unique.

AQUARIAN BLOOD
Critical raves over the past two albums of haunting folk-psych have pushed JB and Laurel Horrell to expand the live version of their shape-shifting band Aquarian Blood. Their performance at Gonerfest last September was one of the festival’s biggest surprises.

“Bending the Golden Hour [is] an album that turns its nose up at stiff professionalism, embracing a lived-in familial charm. Co-piloted by J.B. and his wife, Laurel Horrell, the Memphis band entered the world as a fire-breathing art-punk outfit before pivoting to the sleepy psychedelic folk that dominates this third record. As the music softens and slows, the punkish air of looseness and spontaneity lingers.” – THE NEW YORKER

JEREMY & THE DRIP EDGES
Jeremy Scott’s debut album “Bear Grease” came out in February 2022. The Memphis musician has collaborated with all sorts of Memphis luminaries, including Harlan T Bobo and Greg Cartwright, and has been a long-time WEVL DJ, where his show “Out on the Side” explores all sorts of folk rock, garage, pop and psych sounds. Scott mines similar territory on this first album, which he recorded with Graham Burks.

“[While the album is] steeped in Scott’s love for the folk rock and psychedelia of the ’60s… the guitar solos evoke The Electric Prunes at their best; the riffs jump and jangle; the beats stomp your blues away. – THE MEMPHIS FLYER

Tm. PRUDHOMME’S FAKE
New project from Tim Prudhomme of the legendary 90s bay area indie band F*** (Matador Records), who just finished a Crosstown Arts residency and successful show pitting two of his own bands against each other. Everyone won! He also hosts the New Untitled Show Tim and Steve Show on WYXR with Steve Shelley (Sonic Youth) every other Monday night.

“This is the best sounding venue in Memphis.” – Scott Bomar, Electrophonic Studios

ABOUT THE RIVER SERIES

The River Series at the Maria Montessori School Amphitheater is a series of live music shows that benefit the Maria Montessori School. By setting the event at the on-campus amphitheater, an underutilized and truly beautiful event setting on the Mississippi River in Harbor Town, we will be able to showcase and celebrate the school, the river, the Harbor Town community and the musical talent of Memphis and beyond.

Maria Montessori School has always been a gathering point for the school community. The school’s amphitheater is one of the hidden gems of Downtown Memphis, and the River Series gives Downtown a unique, curated alternative-use venue. The series was founded by Goner Records co-owner Zac Ives, who has put on music events in Memphis for over a decade, including the annual Gonerfest, an internationally recognized independent music festival which brings together bands and music fans from all over the world to Memphis every September.

We are looking for partnerships to help us continue to grow the River Series. It has taken a lot of work from parents, staff, bands and sponsors to get us where we are. Founding sponsors Wiseacre Brewing, Miss Cordelia’s and the Memphis Flyer have been fantastic. Now we are asking you to join them.

The River Series, first and foremost, is a community event. By sponsoring the River Series, you are playing a vital role in the community. You are supporting the arts, enriching our city’s culture and helping to create an opportunity for us all to come together. It really is a powerful thing. Come be a part of it.

For more information, contact Zac Ives at 901-494-9716 or at zacives at gmail dot com.
Checks can be made out to Maria Montessori School and can be dropped off in the school office. 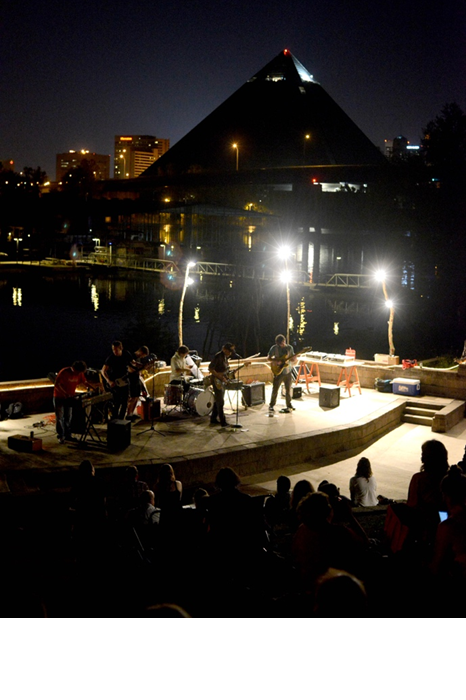 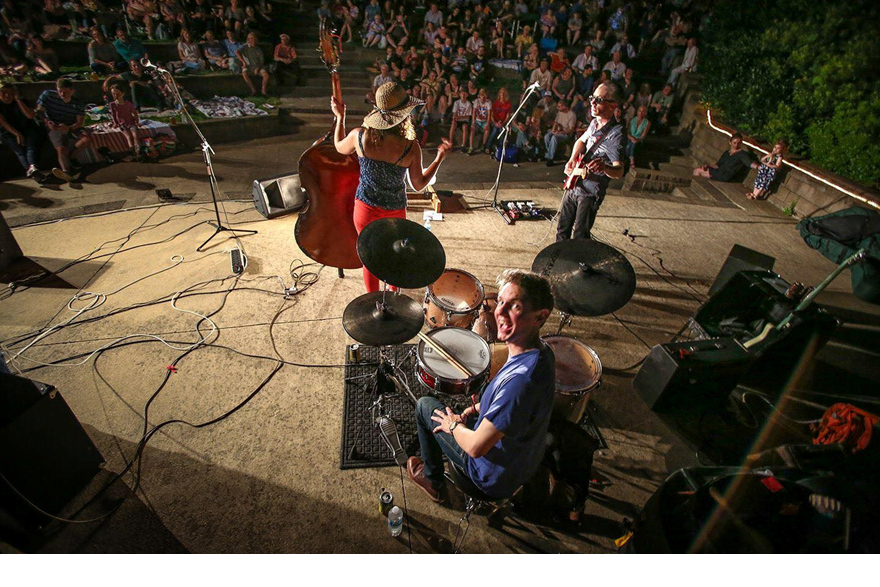